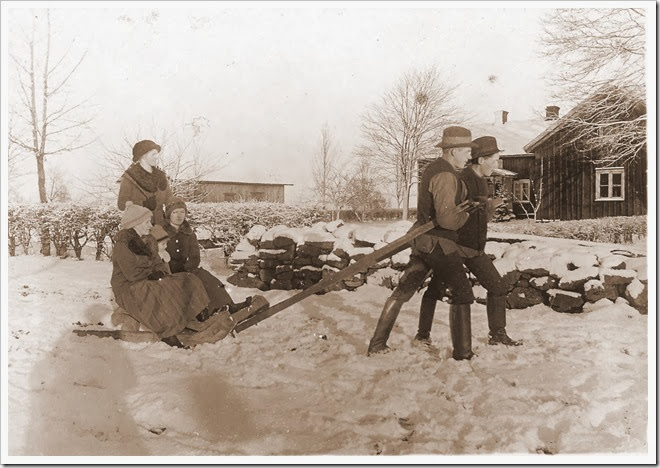 This photo is from my grandmother Sally’s photo album.
I don’t know who the people are, but I don’t think I’ve ever seen that kind of man-drawn sled anywhere else! 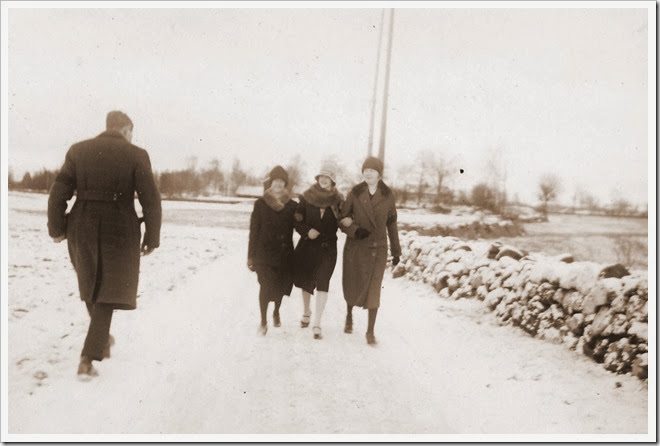 This is from grandma Sally’s photo album, too. I recognise Sally on the right in the trio, and I’m pretty sure it’s her half-sister Hildur on the left, but I don’t know who the girl in the middle is. The man walking towards them could be Sally’s brother Nils, there’s something slightly familiar about the shape of him. My guess is the photo is from the late 1920s. The road is probably in the neighbourhood of the family farm where they lived until 1930. 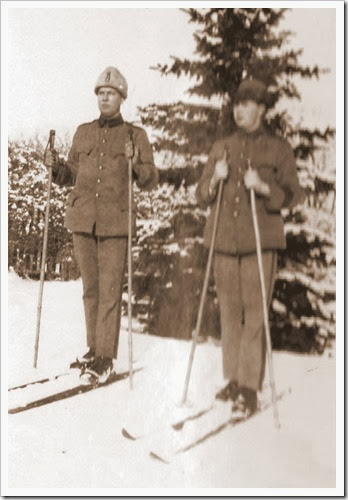 Here we have Nils to the right; I don’t know who the man on the left is. The photo is from my grandfather Gustaf’s album and he dates it to 1923, when both he and Nils were in military service. 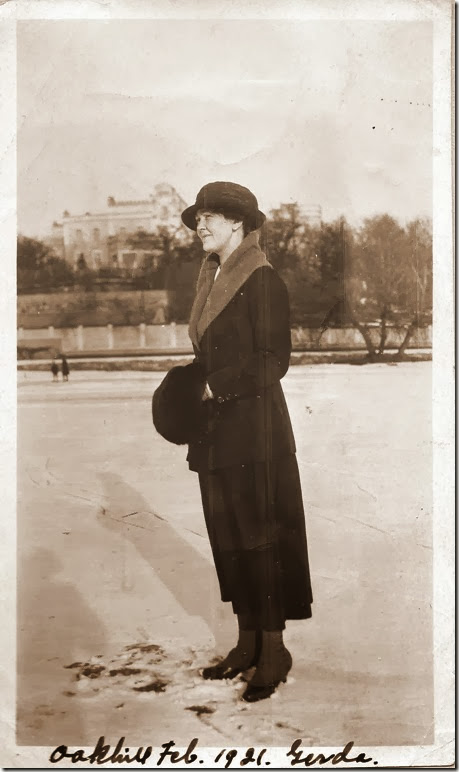 The last two photos are from Gerda’s album (my grandmother’s older half-sister). The photo above is one of the few in her album that has any place and/or date attached. I don’t know which Oakhill, though (does anyone recognise the building in the background?) or what exactly she was doing there.  Correction (26.1.2014): I just found the answer in an email from last year from my relative Bengt who has been filling in some details in Gerda’s history for me. This Oakhill is not in the United States at all (as I assumed, knowing that Gerda travelled a lot) but in Stockholm, Sweden! It was built in 1910 for Prince Wilhelm and his wife Maria Pavlovna. However, they got divorced in 1914 (big scandal), so who lived there in 1921, I don’t know. Since 1926 it’s been the Italian Embassy in Sweden. (There’s no end to the things one learns by blogging!) But according to my relative, there is a document with illegible signature among Gerda’s papers, indicating that she did work for someone at Oakhill in Stockholm in 1921.

Browsing through her album again today, looking for more winter pictures, I also found this one, which had pretty much escaped my notice before: 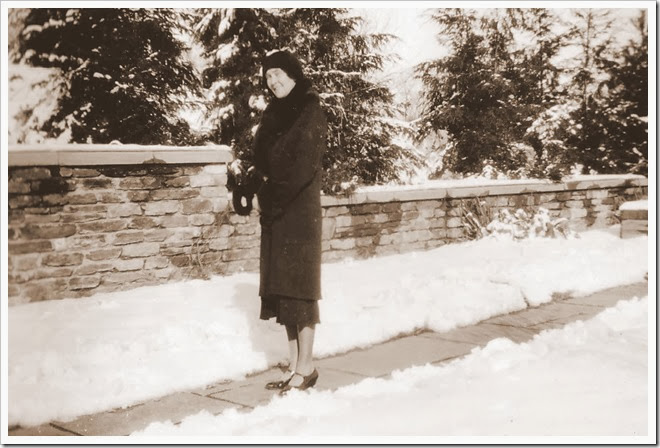 There is no note of time or place attached to this one – but I now feel pretty confident that it’s from the Manville estate in Pleasantville, New York, in the early 1930s. The link will take you to a previous post of mine from September 2012, where I discuss the possibility of that stone wall belonging to that estate – and why.

Moreover: Between that post and this one, in September 2013, I received an unexpected email from a Swedish woman now living in Pleasantville, who came across my blog post when she was trying to find out something about the history of this very estate. (How extraordinary is that?!) She was able to confirm that while the house itself is no longer there, the stone wall surrounding the property still is: 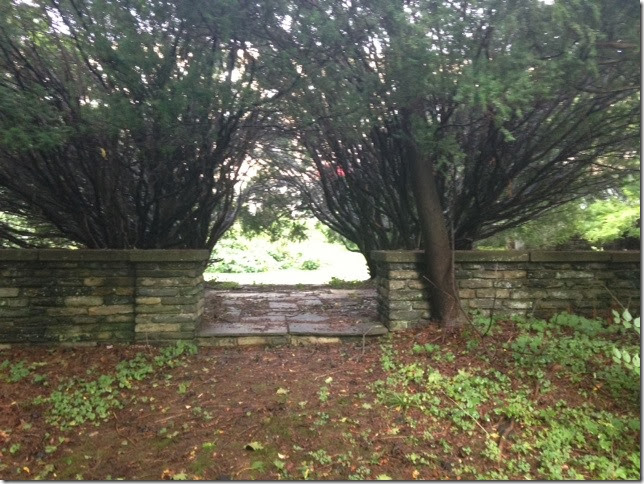 I’ve been meaning to do a separate blog post about Sofia’s  email and photos, but as I have been taking a bit of a break from the family history research lately, I haven’t got round to it. Finding yet another photo including the wall today reminded me! I’ll get back to it, I promise. For now I just include one of her pictures, for comparison. There is no doubt in my mind now that it is the same wall. 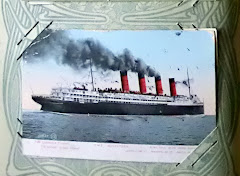 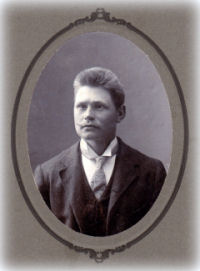 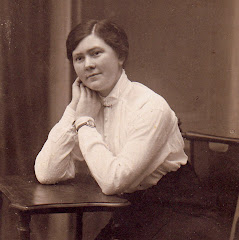 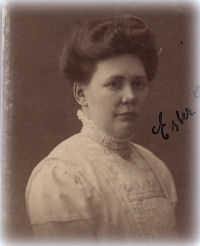 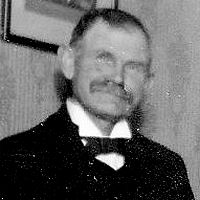 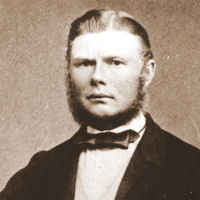 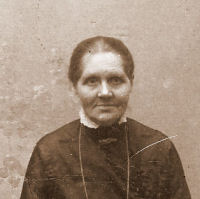 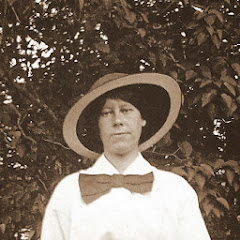 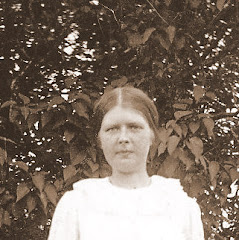 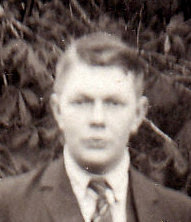 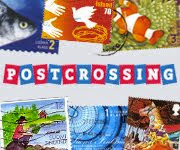